I’ll come straight out with it and say I haven’t read Richard Dawkins’ The God Delusion, supposed bible of the new atheists. Truth is, I can’t really be bothered. I’m constantly aware, both as a reader and a writer, that I’ve only a finite amount of time to devote to the written word, and everything I embark upon has to at least promise to justify itself amongst the fifty or so books I can get through in an average year. (Booker prize organisers take note – I’m probably not your man for the judging panel!)

It’s one of the reasons I love the small independent bookseller P&G Wells in Winchester so much. It’s got about a twentieth of the shelf space of your average Barnes & Noble or Waterstone’s, and a minuscule fraction of the stock held by Amazon. But rarely do I see, modestly laid out on its tables, more fascinating books in one place by authors I’ve yet to encounter that I’d really like to read.

It’s a testament to the exquisite taste of the owners. Check it out if you’re ever passing through, it’s in College Street just behind the cathedral. Not that I want to run down Amazon – nothing can touch them if you know what you’re looking for – and I’ve whiled away many a pleasant afternoon sipping overpriced mochas in B&N’s comfy leather armchairs. But if I’m just browsing, I’d prefer to be in the hands of a literary connoisseur than a computer algorithm spitting out suggestions based on previous purchases I or my children may have made.

But back to Dawkins. (I’m feeling a little rebellious today, inclined to defy the blog staasi with their strictures on keeping it short, sticking to the point and breaking up text with pictures, but I promise you, we will get there.) So why have I yet to succumb to the intellectual seduction of the God Delusion? 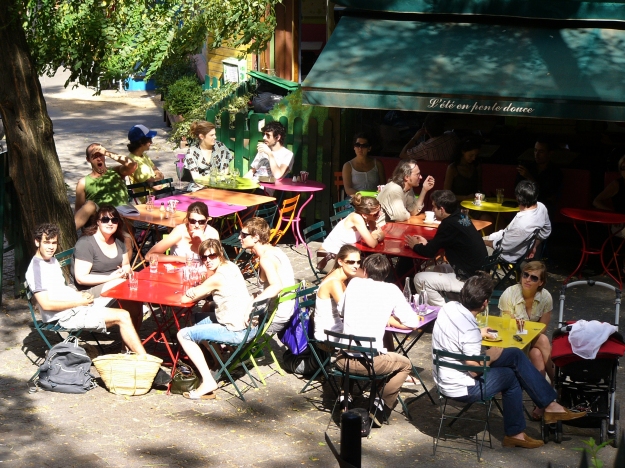 The main reason is that I’m tired of hearing the many shortcomings of organised religion trotted out for the delightful scorn of modern, rational, enlightened man as if it was compelling evidence for the prosecution. Yes, the crimes perpetuated by and in the name of religion are appalling, from the inquisition and witch burnings of old, to the scandals that rock today’s churches. It matters little whether it’s paedophile Catholic priests destroying the lives of vulnerable children or Protestant televangelists fleecing little old ladies of their social security checks so they can flounce about in limos from one massage parlour to the next. It’s disgusting, hypocritical, repulsive and offensive, all of it. And we haven’t even started on all the religious wars or the horrors of militant Islam.

The trouble is, none of it furthers the argument against the existence of a divine intelligence one jot. All it does is highlight the potential for corruption inherent in all religious hierarchies and the essential flawed nature of humanity.

For the fundamental truth atheists, be they new or old, refuse to confront is that if there is no God it follows there can be no meaning, purpose or significance to life. And that fact runs counter to every reality I’ve experienced in my years on this planet, from the awe of swimming with sharks in the 3,000 foot deep waters of the Coral Sea to the tenderness of tucking my daughter up at night.

I’m prepared to put aside my prejudices and find room on my bedside table for The God Delusion if any new atheist can provide a compelling case for morality, and with it the objective existence of good and evil, that does not rely upon, or is underpinned by the presence of a supreme creative force or divine intelligence.

Because I don’t believe they can. The best the enlightenment thinkers could come up with was a low level utilitarianism, the pursuit of the greatest good for the greatest number of people. In modern times the most impressive attempt to construct a godless case for moral behaviour came from John Rawls in his Theory of Justice. But rather like Howard Hughes’ lumbering Spruce Goose, it couldn’t take flight under the weight of its own architecture, having completely failed to take into account the devious and wily idiosyncrasies within human nature.

The other new atheist tome to pass me by was the late Christopher Hitchens’ God is not Great, though I have long been an admirer of much of his other work. I wrote to Hitchens when he was dying, partly to apologise for the despicable behaviour of so called Christians who had gleefully informed him his agonising terminal illness was God’s come-uppance for a sinful life, and partly to confront him with what I believed was a critical moral question that went to the core of his life’s work.

Hitchens was primarily a deeply moral political writer and had in the past turned his attention to the Suharto regime, which forms the backdrop for my novel Francesca. As anyone familiar with his work would expect, he was pretty scathing about the Indonesian dictator, and was one of the small but prominent group of writers who helped publicise the genocide carried out by Suharto’s troops in East Timor.

It was classic Hitchens, deploying his phenomenal intelligence and articulacy to vent his disgust not only at Suharto, but also at former US Secretary of State Henry Kissinger. (One of Hitchens’ life ambitions, sadly unrealised, was to goad Kissinger into suing him for libel by repeatedly accusing him in print of being a war criminal. No doubt aware of the kind of mauling he’d be in for under cross-examination should he ever give Hitchens his day in court, Kissinger shrewdly declined to take the bait.)

Hitchens’ willingness to take up the cause of the underdog, the powerless and the oppressed was a theme that ran through all his political writing, from Chile to Vietnam, and even Iraq and Afghanistan, where he lost a lot of his erstwhile supporters on the political left. His essays on East Timor – incisive, tightly argued, his vehement outrage controlled yet clearly directed at his targets – epitomise everything that’s best about his writing.

My question for Hitchens was this: If there is no God, and therefore no moral force that compels us to behave in a certain way, what has your life’s work been all about? For in a godless, amoral world, what does it matter if Suharto murders a third of the East Timorese population, or the Nazis decide the world would be a nicer place without any Jews around? Of course it matters to the victims themselves, but why should anyone else not directly affected by it care? Because if the likes of Dawkins are correct, notions of common humanity are no more than sentimental illusions, our great loves, losses and passions merely neurons firing off in a random sequence.

And this goes to the heart of the Godless Delusion. I keep encountering this naive idea amongst the atheist community that if we simply abolished God and swept aside the churches and the mosques and the temples, we’d end war and injustice and set about building our own heaven on earth, a Jerusalem that looked a bit like Sweden with nice weather, the kind of world John Lennon sang about in the childishly sentimental lyrics of his otherwise beautiful song Imagine. 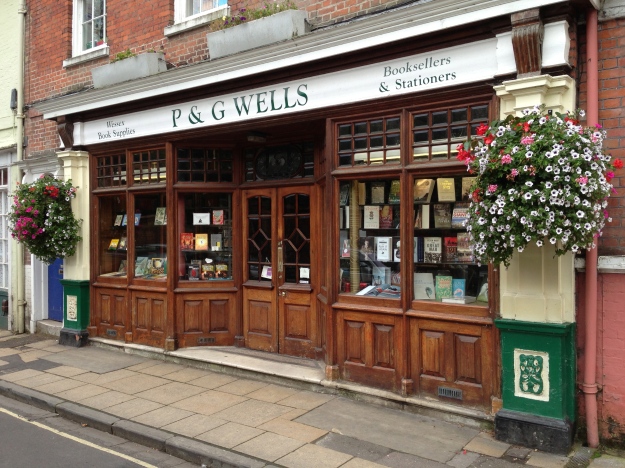 History, though, suggests a Godless society actually looks rather different. We need take our template not from the social democracies of northern Europe, which are in fact built upon a broadly Christian ethos of social justice and protecting the most vulnerable, but from social experiments such as Lenin and Stalin’s Russia, Mao’s China, Hitler’s Germany, Caucescu’s Romania, Kim Il Jong’s North Korea. Places where humans are reduced to units of production and the end can always be made to justify the means, the end usually being the ongoing survival of the human god who has replaced the divine presence.

I write all this in part because Francesca, whilst it is in many ways a political and historical novel, as well as being a passionate love story, is at its heart a search undertaken by the various characters. It is a search for meaning, for understanding, for connectedness, for the possibility of good in the face of overwhelming evil, for light amidst the darkness.

And yes, you will be able to get it on Amazon.

3 thoughts on “Beyond the God Delusion”