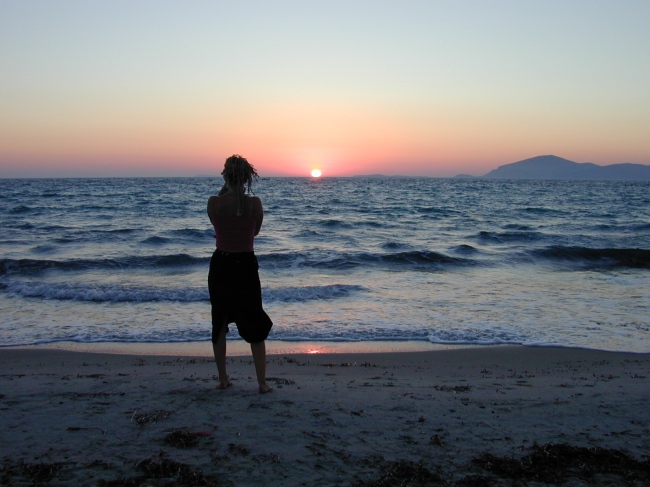 Photo by image after

On the surface, it would be easy to dismiss Amanda as your typical 17 year old expat spoilt brat, enjoying the good life and soaking up the sun while she schemes up ways to attract the interest of whatever man happens to take her fancy.

But that would be to underestimate the forces pulling at her from conflicting directions. Although she can be thoughtless and callous, there is far more to Amanda than the superficial Marlboro smoking, vodka swilling hedonist many take her for.

In one sense Amanda is the product of her mother’s Yorkshire grit and social ambition. Thanks to the perks of her father’s generous expatriate employment package, Amanda has benefited from an expensive English boarding school education. Growing up alongside the daughters of the aristocracy and upper middle classes, opportunities are open to her that were far beyond the reach of her Barnsley born and bred mother.

Whilst it has left Amanda with a smooth veneer and accent to match, it has also resulted in a strong sense of alienation. Her contemporaries were quick to pick up on her provincial roots, seized on some early gaffes and never let Amanda forget where she had come from. For that reason alone, she relishes escaping dreary 1970s England for the exotic glamour of Asia.

She knows no more who she really is than she can grasp what she wants from life. In many ways she is a blank canvass, waiting for life’s joys and sorrows, hardships and accomplishments to etch themselves onto her character. Intelligent for sure, her peripatetic lifestyle has left her more open-minded than most girls her age.

Neither is she a snob; it is one of the crucial differences between Amanda and her mother, Barbara. Barbara would retort that thanks to her willingness to make hard choices, Amanda can afford to be more relaxed and indulgent socially. It is Amanda, more than anyone, who reaches out to Francesca when she is alone in the world, despite the huge chasm between them in terms of status.

Amanda the seeker becomes the perfect match for more worldly but equally confused Eddie, to whom we will turn next…